Cara V. James in Politico: Why So Many Black People Distrust the Health Care System 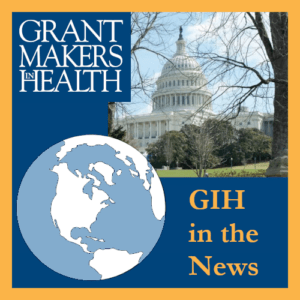 Grantmakers In Health (GIH) President and CEO Cara V. James was quoted in a December 18, 2022 Politico Magazine article about the Black community’s distrust of the health care system:

“People see that I’m Black before they notice — if they ever get to the point that they notice — that I have a PhD.,” says Cara James, who ran the Office of Minority Health at the Centers for Medicare and Medicaid Services during the Obama administration. James, who also previously led work on racial disparities at the Kaiser Family Foundation, is now the president and CEO of Grantmakers in Health, which works with foundations and philanthropies to improve health care.

Things may have gotten better since the days when James would carefully select which suit to wear as she accompanied her grandmother, an agricultural worker in the South with little formal education, to medical appointments. But they haven’t improved enough.

“We are human,” she says, “We have perceptions and biases about others.”