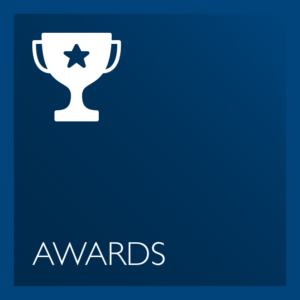 The Blue Cross Blue Shield of Michigan Foundation approved 18 awards to doctoral and medical students enrolled at eight Michigan universities, under their annual Student Award Program. The intent of this program is to support the next generation of applied researchers in health and medical care. The Student Award Program offers a one year $3,000 stipend to fund medical or dissertation research.

The American Public Health Association announced it awarded the nation’s highest public health award to The California Endowment’s President and CEO Robert K. Ross, MD. The Sedgwick Memorial Medal for Distinguished Service in Public Health recognizes public health leaders for innovation and leadership in the field. APHA said Dr. Ross is being honored for his work and constant leadership to protect the health and well-being of vulnerable populations and improve knowledge and practice among public health professionals.

Dr. Ross, who served as the Public Health Director for San Diego prior to joining The California Endowment, has a long history of leading efforts to improve the health of vulnerable, underserved Californians. Among his accomplishments are the 10-year Building Healthy Communities initiative, Health4All, a campaign to expand health care and coverage to undocumented Californians and his efforts to end the school to prison pipeline through The Endowment’s #SchoolsNotPrisons campaign.

Dr. Ross was presented with the Sedgwick award at APHA’s virtual national convening on October 27, 2020.