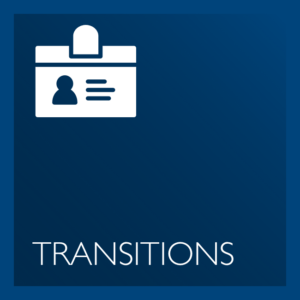 Dave A. Chokshi, MD, former Commissioner of the New York City Department of Health and Mental Hygiene, joined the New York State Health Foundation (NYSHealth) as a Visiting Fellow. Dr. Chokshi is celebrated for his calm, science-based approach to managing the City’s response to the COVID-19 pandemic.

As a Visiting Fellow, Dr. Chokshi will provide counsel on a range of issues. He will advise the foundation on opportunities and strategies for promoting the adoption and spread of overdose prevention centers within New York State; increasing primary care access and capacity statewide and promoting racial health equity through primary care; preventing veteran suicide and meeting veterans’ health needs; and responding to the ongoing COVID-19 pandemic.

Missouri Foundation for Health announced that Chief Strategy Officer Kristy Klein Davis is taking on the position of President at Healthcare Georgia Foundation. Ms. Klein Davis’ last day at MFH was May 10, 2022.

Ms. Klein Davis has had a long and varied career at the foundation, dating back to 2010 when she arrived at MFH to launch the highly successful and ongoing MoCAP program. Since that time, she thrived as a Program Officer, Deputy Chief of Staff, Director of Learning and Effectiveness, and Vice President of Strategy and Learning, before being named Chief Strategy Officer in 2019. Her current work includes overseeing all programmatic functions of the foundation, and focuses on impact, long-term strategic planning, and organizational effectiveness.

While at MFH, Ms. Klein Davis has been involved in efforts that resulted in the expansion of Medicaid, reductions in infant mortality as captured by the foundation’s efforts in the Bootheel and St. Louis, Missouri regions, and emergency response work that required immediate strategy development and broad coordination in Joplin, Missouri during the tornado disasters and two years ago at the start of the pandemic. She led the foundation’s initial work to prevent the spread of COVID-19, with a $15 million commitment to assist organizations with short term public health and social infrastructure needs. Ms. Klein Davis’ work experience has been rooted in equity, while focusing on systems change strategies that bring long-term impact.

The Community Foundation for Southeast Michigan announced that Richard (Ric) L. DeVore is its next President. Mr. DeVore brings extensive financial, philanthropic, and nonprofit volunteer experience. He has 40 years of financial services experience and was most recently Executive Vice President and Regional President of PNC Bank in Detroit and Southeast Michigan. He has served as a volunteer and on the boards of numerous local nonprofit organizations.

Mr. DeVore joined Oakland University’s Board of Trustees in July 2013, became Board Chair in 2016 and served in that role until his tenure concluded in July 2020. He also chaired the local PNC Foundation, which focuses on improving education, living and working conditions in low-and moderate-income neighborhoods, and led PNC’s metro Detroit, Michigan education and equity initiative to combat systemic racism and support the economic empowerment of African Americans.

Mr. DeVore succeeds Mariam Noland, the foundation’s first and only President who retired March 31, 2022. Capping a 36-year trailblazing tenure, she led the growth of the foundation into one of the nation’s 30 largest community foundations. Under Ms. Noland’s leadership, it has secured $1.2 billion in assets and awarded more than $1.3 billion in grants to nonprofit organizations primarily in southeast Michigan.

Episcopal Health Foundation (EHF) announced that Elena Marks, the organization’s founding President and CEO, will retire in 2022 upon selection of her successor.

Ms. Marks has guided the $1.3 billion start-up foundation from its creation in 2013 to a fully established philanthropic organization respected nationwide for its work to improve health, not just health care in Texas. Under her leadership, EHF changed the conversation on health by not only working to make health care more accessible for those most in need, but by investing in new and different solutions that address the underlying, non-medical factors that lead to poor health.

Ms. Marks has since grown EHF’s staff from a small group of employees from St. Luke’s Episcopal Health Charities to a 30-member team with wide backgrounds in public health, public policy, safety-net health systems, community engagement, and communications. Since 2013, she has overseen more than $420 million worth of program investments in EHF grants, research projects, community and congregational engagement efforts, impact investing, and more.

In 2018, Ms. Marks and her team took what the foundation learned over its first three years to create a comprehensive strategic plan that sharpened EHF’s focus to improve health, not just health care in Texas. The plan zeroed in on working upstream to build an accessible health system that goes beyond the exam room to deliver health in new ways. The outcomes-focused plan also concentrates on activating communities and congregations to be able to take charge of their own health by building health-promoting communities. The final goal of the plan was developed after extensive research and focuses on investing in early child brain development programs for children from birth to three years old.

The North Carolina Network of Grantmakers (NCNG) selected Sarah Mann Willcox as the next Executive Director of NCNG. She succeeds Ret Boney, who has been with the organization since 2013. Ms. Willcox began her new role on May 2.

Ms. Willcox’s tenure at NCNG began in January 2014 as the Director of Programs and Learning. She led all NCNG programming for the annual conference, an event for more than 250 grantmaking professionals. She oversaw the shift to virtual programming in 2020. Prior to joining NCNG, she worked for the North Carolina Center for Nonprofits.