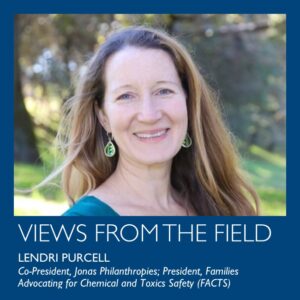 It has been over a decade since the World Health Organization raised the alarm that chronic diseases—including cardiovascular, cancer, diabetes, obesity, and metabolic syndrome—are rapidly becoming an epidemic in developed nations, and increasingly, in developing nations. Escalating rates of neurocognitive, metabolic, autoimmune, and cardiovascular diseases cannot be solely attributed to lifestyle, genetics, and nutrition. Prenatal, early life, and ongoing exposures, along with bio-accumulative toxicants, are playing a large role in the increased incidence of chronic disease. In fact, we need only look at the statistics to see that chronic disease rates in children are on the rise, and this can often be linked to toxic exposures.

For instance, according to an article in the Journal of Environmental and Public Health:

“Searching for reasons for increased chronic diseases in the young, their ailments cannot be ascribed to reduced mortality from infectious disease. Similarly, genetics may predispose individuals to chronic disease, but this cannot account for rapidly increasing prevalence within a generation or two. This leaves us with pervasive environmental factors [1, 3]. While research centers and international health organizations devote considerable time and attention to the issue of toxicant exposure and bioaccumulation of xenobiotics within the human body [8], direct connections to prevalent chronic disease are rarely made, and initiatives to tackle chronic disease may not even mention environmental or occupational exposures to toxicants, as was the case for a 2010 report prepared for the World Health Organization.”

There are currently more than 85,000 chemicals in the United States that comprise the products we use in our daily lives and less than 2 percent have been assessed thoroughly for safety. The U.S. has been compared to the wild west regarding chemical regulation. Children are uniquely sensitive to these exposures for several reasons: how they play and learn; they breathe more rapidly; they eat and drink more relative to their body weight; and their organs and nervous systems continue developing after birth and throughout adolescence. Additionally, children’s immature organs cannot remove toxics from their bodies as easily as healthy adults.

Children in disadvantaged communities face the highest risks. Industrial and agricultural workers who work directly with toxicants face significant and constant exposures, as well as their children and nearby communities. It is imperative to reduce these known risk factors so that the most vulnerable and historically marginalized individuals, especially people of color and those from Black, Indigenous, and low-wealth communities, are able to grow and develop unimpeded by toxics in their environment.

If we want to dramatically reduce chronic disease rates, we must make a serious effort to reduce toxic exposures especially for children and pregnant women. Studies on toxicants found in umbilical cord blood and breastmilk have shown that babies are born pre-polluted.

Therefore, the best time to reduce exposures to prevent next-generation maladies is well before conception. The following statistics illuminate that the U.S. is experiencing a silent children’s environmental health crisis, with serious health, social, and economic ramifications:

What Funders Can Do:

Thankfully, there are things the philanthropic community can do now to get to the root cause of this issue. As funders, we can invest in policy solutions, like banning the worst chemicals according to the WHO and classes of chemicals to prevent the whack-a-mole effect of regrettable substitutions. These include endocrine (hormone) disrupting chemicals used in many products. As a last resort, warning labels must be large enough to read easily and in multiple languages. Inert ingredients, which the EPA defines as substances other than an active ingredient intentionally included in a pesticide, are rarely disclosed.

Focusing on the social determinants of health and environmental justice, we can fund coalitions such as Californians for Pesticide Reform, a state member of Pesticide Action Network that includes many organizations representing California’s diverse communities. Coalitions can work on strategic bans, education, and market solutions including procurement policies, such as efforts akin to promoting organic school lunches. We can fund children’s environmental health networks to bring together diverse groups representing education, parents, faith-based communities, social justice, youth, climate, and labor. Lastly, we can help cast a larger net and bring together all groups working for better health outcomes, particularly for those most marginalized, to join collective fights. I am a proud funder of the national group, Children’s Environmental Health Network, which is one such organization working to bring cross-sector groups to the table for action.

As an activist funder, I can attest to the need for cross-sector organizing in this space. When my organization, Families Advocating for Chemical and Toxics Safety (FACTS), is working in Sacramento, California to support or fight a bill that would have ramifications for children’s environmental health, we are always up against strong industry forces. We need more groups who care about children to advocate with us, but at this moment so many of these groups are siloed. That is one of the reasons I am planning to help fund the first statewide children’s environmental health network in California. It is also why I will be helping to educate others on the importance of Children’s Environmental Health Day on October 13th. This day is a great opportunity to raise awareness about children’s environmental health issues at the local, state, and national levels. I invite you to join me in observing Children’s Environmental Health Day this October and taking action now to protect all children’s well-being.