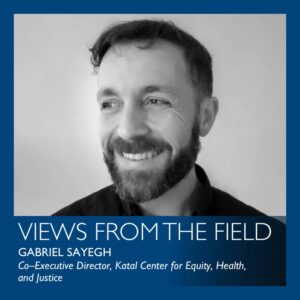 Last year, New York State passed the most sweeping parole reform measure in the country. The Less Is More Community Supervision Revocation Reform Act has far-reaching implications for the health and liberty of tens of thousands of people every year, by making critical changes in how the state handles noncriminal violations of parole conditions.

Reentering the community from prison is extremely difficult, and rather than helping people succeed, New York’s parole system often appears designed to ensure they are re-incarcerated. For years, New York has re-incarcerated more people for technical violations of parole than any other state. These are not crimes – people are locked up for violations such as being late for curfew, or testing positive for alcohol, marijuana, or other drugs. If a late bus causes someone to miss their meeting with a parole officer, they could be sent back to prison on a violation. The racial disparity reflected in these practices is stark: statewide, Black and Latinx people are far more likely to be re-incarcerated for technical parole violations than white people are. The inequities are even more egregious in New York City jails.

In 2019, 35,000 people were on parole in New York—and on a typical day, nearly 6,000 people were incarcerated in county jails and state prisons because they were accused of a technical parole violation. Take the case of Anthony Lopez: the NYPD stopped him for riding his bike on the sidewalk, which usually results in a warning or a ticket at worst. But because this contact with police constituted a technical violation of Mr. Lopez’s parole, he was arrested and incarcerated at the Rikers Island jail complex during the COVID-19 crisis.

The problem is particularly troubling when it comes to other health-related issues. According to the federal Bureau of Justice Statistics, New York sent more people on parole back to prison for treatment in 2019 than all other states combined. Not surprisingly, research shows that incarceration is not effective in addressing substance use or mental health issues. Yet New York remains an outlier, locking up thousands of people every year for drug treatment—with Black and Latinx residents far more likely to be imprisoned than their white counterparts.

These practices have driven overall prison admissions in New York for years. In 2019, 40 percent of people admitted to state prisons were locked up not for new felony convictions but for noncriminal technical violations of parole, including substance use. For 35,000 people who are under parole supervision statewide, efforts to rejoin their families, the workforce, and their communities are too often disrupted by incarceration for these violations. This causes immeasurable harm without commensurate public safety gains and drives up the population in local jails and state prisons. Studies show that this incarceration binge costs taxpayers more than $680 million every year—money that could be spent instead on housing and health care.

The Less Is More Act was designed to fix these problems. The law restricts the use of incarceration for noncriminal technical violations, bolsters due process for those accused of violating parole rules, and provides “good time” credits to those who follow the rules. Critically, the new law also requires the state’s Department of Corrections and Community Supervision to provide people on parole access to drug treatment and mental health services in the community, rather than sending them back to prison for this care. Less Is More is the most comprehensive parole bill yet passed in the country, and it draws on reforms from other states, including Louisiana, Missouri, and South Carolina.

After a long fight, Governor Kathy Hochul signed Less Is More into law on September 17, 2021. The next day, nearly 200 people jailed for technical parole violations were granted release from Rikers Island. Since then, hundreds more have been released from the state’s jails and prisons, with thousands more to follow. Other aspects of the law will take effect this year.

But the work is not done. Effective implementation will determine the law’s success but is far from guaranteed. Opponents to reform—including the union representing parole officers—are calling for rollbacks or outright repeal.

#LessIsMoreNY was developed by people behind bars and on parole, family members, advocates, and grassroots organizations whose staff and members are impacted by parole and mass incarceration. The coalition, led by Katal, Unchained, and A Little Piece of Light, is a rare collaboration of more than 300 organizations, along with district attorneys, sheriffs, and correctional officials. The Robin Hood Foundation, the Art for Justice Fund, the New York Women’s Foundation, and others have provided essential support. Now we’re fighting to protect and implement the new law.

Funders of health-related initiatives should understand the implications of Less Is More for public health and how they can get involved in criminal legal reform. For people on parole who struggle with substance use and mental health issues, incarceration will no longer be the primary response; the law requires moving toward community-based health care for services. Are the public health system and social service infrastructure ready? The Legal Action Center has reported that New York spends 100 times more on jails and prisons than it does on programming for reentry and alternatives to incarceration. Community groups and providers who focus on housing, reentry, and other indispensable services will need funding to expand their capacity: both to meet the moment and to provide ongoing support in the long term.

More than 4 million people in the United States are under community supervision (mostly on probation and parole). Among those who entered state prisons in 2017, almost one in four people nationwide were locked up not for new crimes, but for a violation (or an alleged violation) of supervision. We urgently need reform, and #LessIsMoreNY is an example other states can learn from. We must protect and implement the law effectively to fully realize its benefits. Strengthening New York’s public health infrastructure as a vital step in shrinking the system of mass incarceration. And that is what will really keep us healthy and safe.