Lessons from a Long Season of Disaster Response 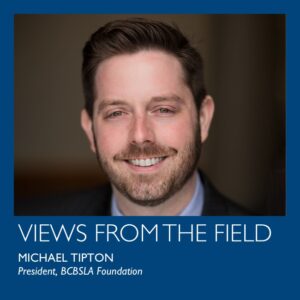 By the time this article is published, we’ll be marking several anniversaries of devastating natural disasters in Louisiana, all of which arrived late in summer. Hurricanes Katrina and Rita infamously decimated South Louisiana in 2005. Fifteen years later, in the span of just two consecutive summers, Hurricanes Laura, Delta, Zeta, and Ida battered a weary state still mired in the thick of COVID-19.

Mindful of hard lessons about how prolonged recovery can be lopsided and inequitable, exacerbating long-standing structural, racial, and economic disparities — we built our Foundation’s responses to COVID and the 2020/2021 disasters with an emphasis on doing whatever we could to see different outcomes this time around.

Since March 2020, our foundation has made more than $24 million in grants, with $15 million earmarked for disaster response. For some larger funders, this is a day in the office. For our foundation’s small, but mighty staff of just three-and-a-half (with, of course, some generous pitch-hitting support from corporate teams), this was an overwhelming feat. For reference, we normally make $3 to $4 million worth of grants annually.

And so, I’m writing today to share what we’ve learned over this intense period of growth and giving — both the high points that have become standard practices, and the low points from which we are still learning.

Where we succeeded, and what we learned from those successes:

Where we stumbled, and what we’re learning from those setbacks:

We continue to adapt and learn. Thankfully, the pace of disaster giving has slowed for us. However, we are aware that we are once again entering the high season for potential crisis, and hopefully these lessons continue to serve us well. If we can be useful to any others in quickly shaping disaster-related giving, please let us know.