On the Precipice: Why Health Funders Should Care about Abortion Access 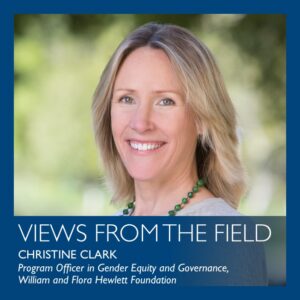 Reproductive health and justice in the United States are at a crossroads. We are seeing positive developments such as growing (though still inadequate) attention to maternal health and reinstatement of the family planning safety net after years of reductions in access to these services.

Yet, after years of waning access to abortion services, the year 2022 will usher in an era of unprecedented challenges for people providing and seeking abortion care. In June, the Supreme Court will decide a case that most experts expect to upend Roe v. Wade, the landmark case that legalized abortion. Should the court use this case to return abortion’s legality to the states, at least 21 states will likely ban the practice outright. Millions of women will be affected, with wild inequities in access across the country.

Although abortion rates in the United States have steadily declined over the past several decades, largely due to decreases in the number of pregnancies, abortion care is still an essential service for many women at some point in their lives: an estimated one in four women will have an abortion by age 45 (Nash et al 2019). What has changed is that low-income, rural, and women of color are increasingly bearing the brunt of laws that make it more difficult to get an abortion.

Abortion is not only an issue of fundamental rights. When women are unable to get an abortion, the impacts are real and long-lasting. In the landmark Turnaway Study, a cohort of women who sought abortions was followed for five years to learn what happens when they received or were denied the abortion. The findings are stark:

Given these outcomes and the moral imperative to promote dignity and bodily autonomy, it is in the interest of funders concerned about health and well-being, family stability, and economic opportunity to support abortion access.

As we sit on the precipice of millions more women losing access to abortion, it is time to take stock of how we think about abortion and its funding. For decades, philanthropic funding has been concentrated within a relatively small group of foundations. The William and Flora Hewlett Foundation is one of them. In the early years, Hewlett mostly supported local health services, but it soon became clear that the foundation needed to think bigger. As reproductive health was increasingly politicized, the foundation shifted funding to policy change.

In 2016, recognizing a disconnect between the worsening reproductive rights landscape and our narrow focus on policy advocacy, we adjusted our grantmaking to support a more comprehensive body of work and diverse group of organizations. The driving force behind this shift is equity and protecting reproductive health for all women: in building broad support for reproductive equity rather than narrow policy wins; in equitably funding grantees led by those closest to the issues; and in acknowledging that reproductive equity cannot be fully achieved while other inequities persist.

In this ever-evolving landscape, we are again called to examine whether we are deploying our funding to have the greatest impact. While we remain committed to long-term policy and systems change, we are obliged to do all we can to mitigate the harms that decreased access to abortion services will cause in the near term. We need to center women and their needs –urgently. This means funding an ecosystem of actors and institutions that includes:

We invite funders focused on health more broadly to join us in this effort to support the dignity of women and families, protect women’s lives, and mitigate the health, economic, and social harms that can result from being denied an abortion. As we have seen in Texas, the upcoming Supreme Court decision could thrust us into a world of even greater inequities in abortion access, and the very real possibility of harm resulting to women and families.

* In this piece, we use “women.” We recognize and affirm that not all people seeking or experiencing abortion identify as women.