Will We Hear the Voices of the LGBTQ Community? 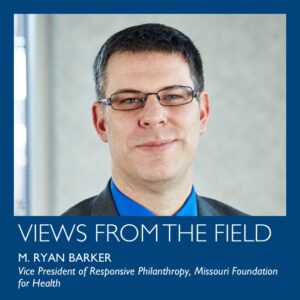 Across the United States we are seeing a coordinated campaign to restrict lesbian, gay, bisexual, transgender, and queer (LGBTQ) rights and limit access to affirming, lifesaving health care. According to the Equality Federation, nearly 400 anti-LGBTQ bills were introduced across the country in 2021, and over 240 bills have already been filed in 2022. Many of these pieces of legislation specifically target transgender and nonbinary youth, from the “Don’t Say Gay” law in Florida to the Texas law restricting access to medically necessary, best-practice gender-affirming care for transgender youth to multiple states banning transgender students from participating in school sports consistent with their gender identity. Make no mistake, these policies directly impact the health and safety of members of the LGBTQ community. Even the introduction of these bills in state legislatures adversely affects LGBTQ communities, especially youth. Recent data from The Trevor Project show that 66 percent of LGBTQ youth, including 85 percent of transgender and/or nonbinary youth, report that recent debates around state laws to restrict the rights of transgender people have negatively affected their mental health.

I began my career as a clinical social worker at nonprofits serving homeless youth in Cincinnati, Ohio and Portland, Oregon. I saw firsthand the data showing that LGBTQ youth were disproportionately represented among this population. These were young people who were kicked out by their families or who fled violence directed at them because of their sexual orientation or gender identity. I have carried those stories, those youth, with me every day and throughout my 20 years in health philanthropy. We can and must do better for our country’s LGBTQ kids, adults, families, friends, and coworkers. Too many of us in health philanthropy see these concerns only as civil rights issues, but if we listen to the voices of those impacted by discrimination and the inequities in our systems, it is clear these are health issues too.

Discrimination is all too common and prevents LGBTQ people from living healthy lives. A 2016 survey of more than 3,000 LGBTQ Missourians conducted by PROMO, Missouri’s LGBTQ statewide advocacy organization, found the community’s top concerns included housing, food insecurity, and exclusions in health care. Respondents also reported experiencing discrimination at state agencies, like the Bureau of Vital Records, the Children’s Division, and Medicaid, impeding their ability to access needed services. Research at the national level underscores these findings. A 2019 Williams Institute study on poverty in the LGBTQ community found 21.6 percent of LGBTQ adults in the U.S. experience poverty, compared to 15.7 percent of cisgender straight adults. The rate for bisexual women and transgender people is dramatically higher, with 29.4 percent of people in both groups reporting they were living in poverty.

The impact on mental and emotional health is also well documented. In 2017, the American Psychiatric Association published a fact sheet on the mental health of the LGBTQ population. The data show direct links between discrimination, poorer health outcomes, and increased stress for members of minority groups, no matter their income level. These disparities increase in intensity for LGBTQ people who hold multiple marginalized identities such as Black, Latinx, and LGBTQ people with disabilities. For example, when compared to Black non-LGBTQ adults, Black LGBTQ adults are twice as likely to have been diagnosed with depression and more likely to have been diagnosed with asthma, diabetes, high blood pressure, high cholesterol, heart attack, and cancer at some point in their lives.

And yet our health care system often fails this community. A 2017 survey by the Center for American Progress found that among LGBTQ respondents who had visited a doctor or health care provider in the past year:

While the data paint a stark reality, there is remarkable work happening throughout our country led by passionate and knowledgeable members of the LGBTQ community. Here are just a few of the ways that health philanthropy can invest in this work:

Missouri Foundation for Health has made investments in all of these ways, and I’m very proud of that, but it wasn’t always an easy path. As a member of this community who has experienced discrimination and hate in my own life, the work can be exhausting. We must not allow the work of engaging this community to fall only on the shoulders of our LGBTQ staff. The community is waiting—their voices desperately wanting to be heard. Will we heed the call?