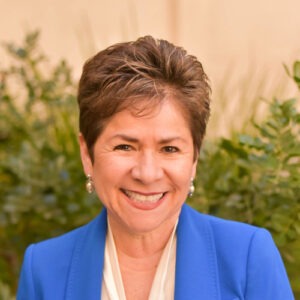 Evelyn Delgado, President and Executive Director of Healthy Futures of Texas and Chair of the Texas Women’s Healthcare Coalition, will receive Grantmakers In Health’s (GIH) 2022 Andy Hyman Award for Advocacy. The award pays tribute to advocacy grantees who embody a commitment to principled action, passionate leadership to advance social change, and dedication to making progress in policy and practice despite challenging political environments. Ms. Delgado was nominated by Lourdes Rodriguez of the St. David’s Foundation.

As President and Executive Director of Healthy Futures of Texas, Ms. Delgado is responsible for the strategic leadership of the organization and their mission to reduce teen and unplanned pregnancy in San Antonio and Texas. Since 2006, Healthy Futures of Texas has worked through science-based education and advocacy efforts that empower young people, women, and families to make the best decisions for their futures. As chair of the Texas Women’s Healthcare Coalition, Ms. Delgado demonstrates excellence in advancing the health needs of Texas teens, young adults, and families, to support the development of strong families and positively impact the future of the community. Ms. Delgado also represents the interests of women of color in multiple working groups and coalitions, including the Improving Maternal Health’s Steering Committee and Advocacy Workgroup, the Texas Collaborative for Healthy Mothers and Babies’ Community Committee and Race Equity Workgroup, and the Bexar Coalition Workgroup. She is also a public member of American College of Obstetricians and Gynecologists District XI Council. Ms. Delgado previously served as Associate Commissioner of the Family and Community Health Services Division of the Texas Department of State Health Services (DSHS). Ms. Delgado earned a bachelor of science degree in business administration and management from Trinity University.

During her tenure at DSHS, Ms. Delgado served over one million Texans and delivered $950 million in public health services annually. Since leaving public service, and a stellar 24-year career as a servant leader, she has brought her deep knowledge of state functioning, politics, and policy to inform her work in advocacy. In 2011, after Ms. Delgado’s departure from the DSHS, the family planning budget was cut by two-thirds, or $36.7 million. These drastic cuts to women’s health services in Texas led to 82 clinic closures, a 41 percent client decrease across women’s health programs, and a downward spiral into poor health for millions of women. Since these cuts were instituted, Ms. Delgado has led and been part of statewide efforts to restore and increase not only access to family planning and pregnancy care, but also comprehensive care for women in Texas. Most recently, she chaired the Texas Women’s Healthcare Coalition in a successful effort to protect funding for women’s health programs facing the threat of an additional five percent budget cut in 2020. Ms. Delgado spoke out against the budget cuts and coordinated with colleagues to ensure that cohesive and complementary messages were directed to decisionmakers. Furthermore, during the 87th Texas legislative session, Ms. Delgado led the coalition in support of extending Medicaid coverage for women post-partum from 60 days to six months.

In addition to her long-standing work on health care access and restoring funding for services, Ms. Delgado has participated in workgroups of the State Board of Education Health Education Texas Essential Knowledge and Skills Revision since 2020. Their standards were last revised was in 1997, presenting a remarkable opportunity to ensure equity, inclusivity, and science-based sex education in every middle school across Texas. Ms. Delgado’s guidance was crucial and influential in making sure language included abstinence-plus options and that there be language requiring that all curricula be medically accurate to include not only information about abstinence, but also contraception, sexually transmitted infections prevention, and healthy relationships that reflect the most recent science and are supported by evidence.

In selecting Ms. Delgado, the committee lauded her for empowering and serving the community extensively in both the public and private sectors on behalf of Texas residents.

GIH established the Andy Hyman Award for Advocacy in 2017 in honor of Andy Hyman, a passionate and innovative grantmaker committed to health advocacy. The award will be presented to Ms. Delgado on June 28, 2022 at the GIH Annual Conference on Health Philanthropy in Miami, Florida.