Janice B. Yost to Be Honored with Terrance Keenan Leadership Award in Health Philanthropy 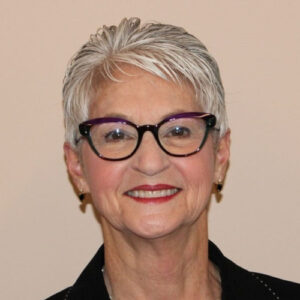 Janice B. Yost, Ed.D., President and Chief Executive Officer of The Health Foundation of Central Massachusetts, will receive Grantmakers In Health’s 2022 Terrance Keenan Leadership Award in Health Philanthropy. The award recognizes outstanding health funders whose work is distinguished by leadership, innovation, and outstanding achievement. Dr. Yost was nominated by Dr. Thoru Pederson of the University of Massachusetts Medical School and a former foundation board member.

Dr. Yost served for nearly 23 years as the founding President of The Health Foundation of Central Massachusetts, a regional health conversion foundation with grantmaking focused on taking evidence-based strategies to scale by advocating for systems change to sustain those strategies. The organization began in 2000 with $60 million in assets and has since awarded grants over $50 million for Central Massachusetts health endeavors, with its current assets valued at roughly $95 million.

Dr. Yost earned a doctorate in speech education from the University of Georgia and spent her early career as a college professor and administrator, notably serving as Associate Chancellor for University Relations at the University of South Carolina-Spartanburg campus. Dr. Yost entered health philanthropy following volunteer positions as a member of the Board of Trustees of the Spartanburg Hospital System and the South Carolina Association of Hospital Governing Boards. As Chair of the South Carolina Hospital Association’s statewide Task Force for Smoke-Free Hospitals, she oversaw South Carolina’s hospitals agreement to be the first in the nation to become smoke-free in 1989. Intrigued by the complexities of health care, Dr. Yost became the founding President of the Mary Black Foundation in South Carolina, a conversion foundation created in 1996.

When she became the founding President of The Health Foundation of Central Massachusetts, the foundation was in the process of transitioning from its 501(c)(4) tax status as a health plan to become a private foundation. Given the progressive environment in the Commonwealth, Dr. Yost argued convincingly that the foundation’s grants to develop evidence-based interventions could potentially be sustained through changes in public policy, made possible through advocacy and lobbying efforts. The board agreed, as did the Attorney General, amending the bylaws to allow the foundation to retain its 501(c)(4) tax status, to lobby with the same restrictions that apply to public charities, and to target a 5 percent annual payout. Dr. Yost also proposed that the foundation create an affiliate 501(c)(3). That vehicle has provided an avenue for the foundation to serve as fiscal sponsor for nascent community organizations and as an avenue for other funders, such as family foundations restricted from funding government entities like local public schools, to co-fund projects supported by the foundation.

The foundation’s lobbying capacity was intended to complement its grantmaking, and in 1999 Dr. Yost facilitated the board’s adoption of the World Health Organization’s definition of health, which led to an early focus on the social determinants of health in recognition of the fact that a grantmaking budget of $2 million per year would not be sufficient to create impact in the health care delivery system in central Massachusetts. Dr. Yost also suggested that the foundation not identify specific health issues as funding priorities, but instead to rely on community leaders to step forward, identify serious health issues, and demonstrate that a collaborative was in place to take action. This decision was well-received because of the region’s varying needs and the nonprofit community’s interest in having their needs addressed with the foundation’s new assets. This strategy has also enabled the foundation to address emergent issues, often before obtaining state-tracked data. These characteristics—being an early adopter in addressing the social determinants of health and not imposing foundation priorities on the community—were lauded by Dr. Doug Easterling in a 2019 article in The Foundation Review, which also commended the foundation’s cross-sector collaborative problem-solving model.

In selecting Dr. Yost, this year’s committee members were impressed by her visionary leadership in working with the board and staff to address systems-level advocacy, focus on the social determinants of health, and trust and support local community leadership. The award will be presented to Dr. Yost on June 28, 2022 at the GIH Annual Conference on Health Philanthropy in Miami, Florida.